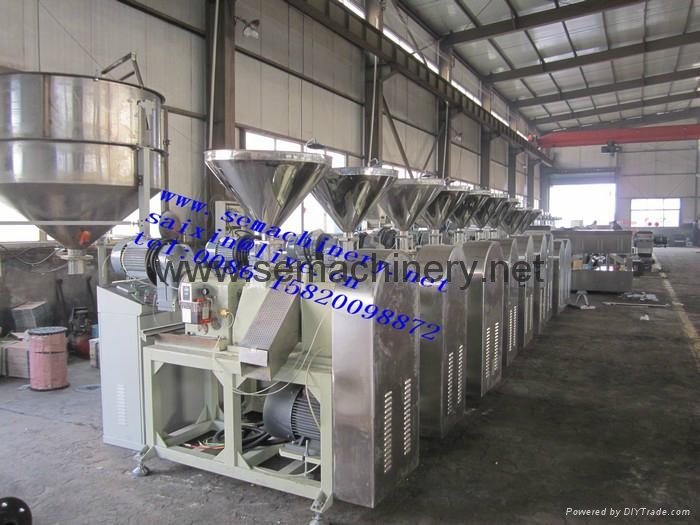 Kurkure are extruded snacks, very crunchy and great in taste. Kurkure are made by extrusion process. The Kurkure corn meal is moisturized in the flour mixer with water and fed to the Rotary die Extruder. In the extruder, due to excess heat and pressure from the screws the meal gets heated and the moisture content gets reduced. The meal passes through the die and gets cut by the cutting knifes into required lengths. The Kurkure are fried in cooking oil and then cooled before flavoring. Seasoning is sprayed on the Kurkure to improve their taste.
Machines involved in making Kurkure:
a): Flour Mixer
To mix corn meal with water to prepare the flour for Kurkure
b): Rotary Die Extruder
To cook the corn meal and extrude the Kurkure from the die. The Rotary Die twists and curls the meal before extruding giving a uniform texture
c): Automatic Frying Machine
To fry the Kurkure in hot cooking oil. The uniform frying introduces the crunchy taste to the Kurkure
d) : Cooling Conveyor
To cool the fried Kurkure and reduce the temperature before packing
e): Automatic Seasoning System
To add required seasoning to the fried and cooled Kurkure to give the different flavors to them
f) : Automatic Packaging Machine
To pack the Kurkure into attractive printed pouches with gas flushing. 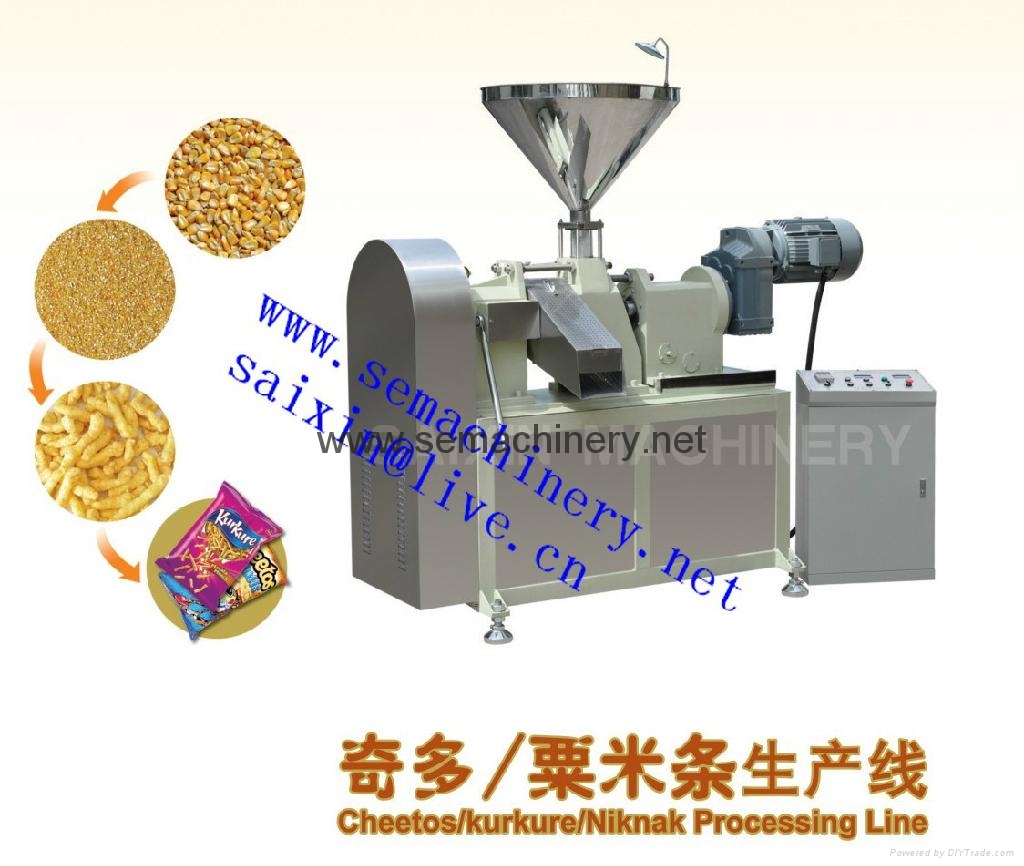 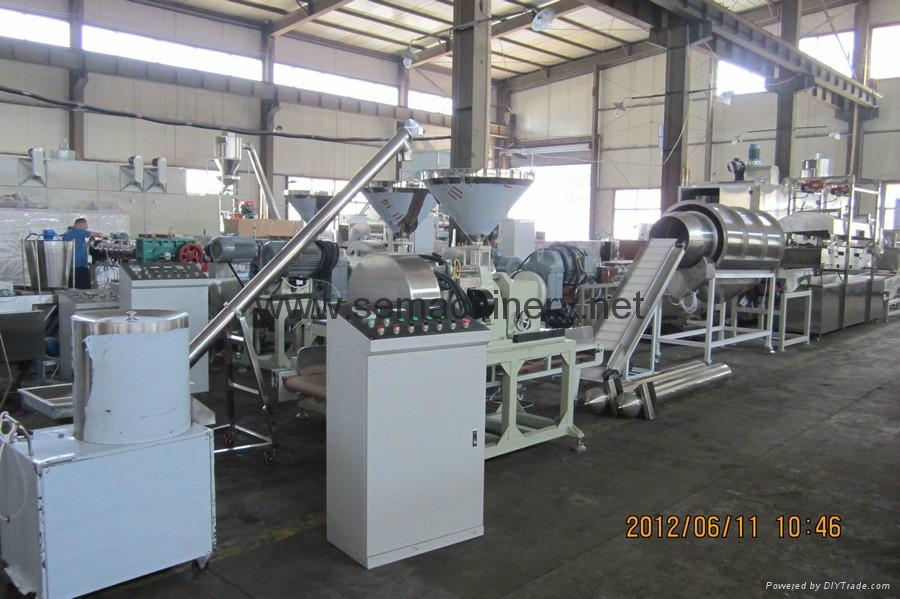 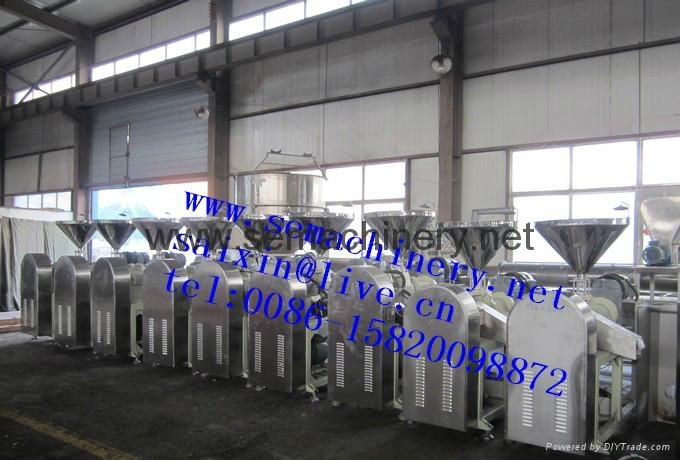 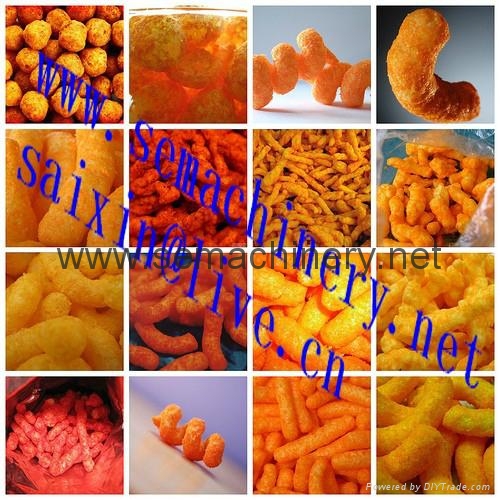